Study Italian language while enjoying the beauty of Sicily

Study Italian language while enjoying the beauty of Sicily

Why Learning Italian in Taormina?

Taormina is a Pearl of the Mediterranean Sea. It is a unique treasure chest full of art and history jewels with more than 2.500 years of history. Taormina is an open-air museum that, at every corner, shows the amazing cultural heritage of Sicily, an island that can be easily considered the first melting pot in the world!

Taormina is a friendly and welcoming historical town on the East Coast of Sicily. The town is on the top of a hill that overlooks the Bay of Naxos and Volcano Etna. This landscape has been a fatal attraction for many international writers, painters, photographers and… lovers! The town was founded by the Greek on 734 b. C. and keeps outstanding remains of its glorious past: a breath-taking Greek Theatre, the Roman Baths, and the Naumachie, superb palaces from the Arab-Normand period and the worldwide know elegance of its main street, Corso Umberto, where the most important National and International fashion brands show to the many international visitors the uniqueness of their latest production.

Especially from Spring to Fall, Taormina is a vivid town with many cultural events going on. Indeed, the most important is Taormina Arte, with its International Cinema Festival and a series of cultural events, such as concerts, ballets, opera, all taking place in the magnificent Greek Theatre. But it is not just about Taormina Arte. Many artists make their dream real by showing their masterpieces in Taormina, and many International writers present their last books during the many book presentations in town.

The life of our students is a hard one: having breakfast in one of the many cafés with an amazing view of the sea, coming to school for their Italian language course, enjoying some delicious Sicilian food at lunch, go resting on the beach in the afternoon, getting back home and sipping some excellent wine while having dinner and enjoying a lovely concert from the Greek Theatre while Etna shows one of its incredible sunsets in the background. What a hard life!

Study Italian in Taormina and dive into Italian language and culture. 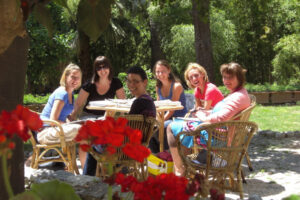 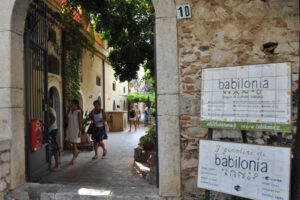 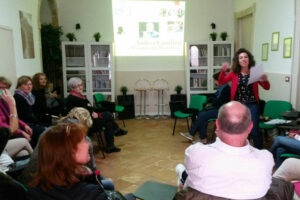 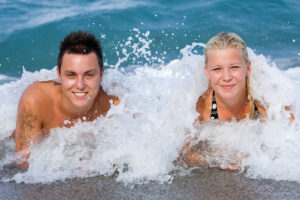 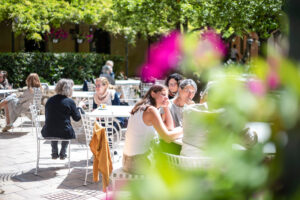 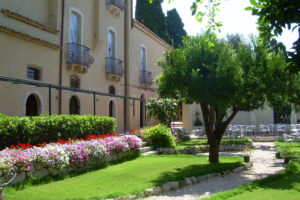 Phoenicians, Carthaginians, Greeks, Romans, Byzantines, Arabs, Normands, French, Spaniards, all the prominent civilizations in the Mediterranean have conquered and ruled over Sicily leaving invaluable marks of their presence in temples, in theatres, in palaces, in castles, in sculpture, paintings, art, and architecture.
All these influences are also reflected in food and wines with a great variety of recipes and dishes.
In literature, it is worth quoting the Divine Poet, Dante Alighieri: “It is attributed a reputation superior to the Sicilian vulgar language among all the others for these reasons: that everything Italians produce in terms of poetry is called Sicilian” (De Vulgari Eloquentia, Dante Alighieri). Sicily is the home of the Verism literature movement, is the home of two Nobel prizes for Literature (Pirandello and Quasimodo), and is the home of many prominent Italian writers (Sciascia, Vittorini, Bufalino, Consolo) and contemporary best-sellers (Camilleri, etc).
Sicily is also a natural setting for cinema. Hundreds of movies have been filmed here.
Does it all explain why studying Italian in Sicily and, especially, in its Pearl, Taormina?