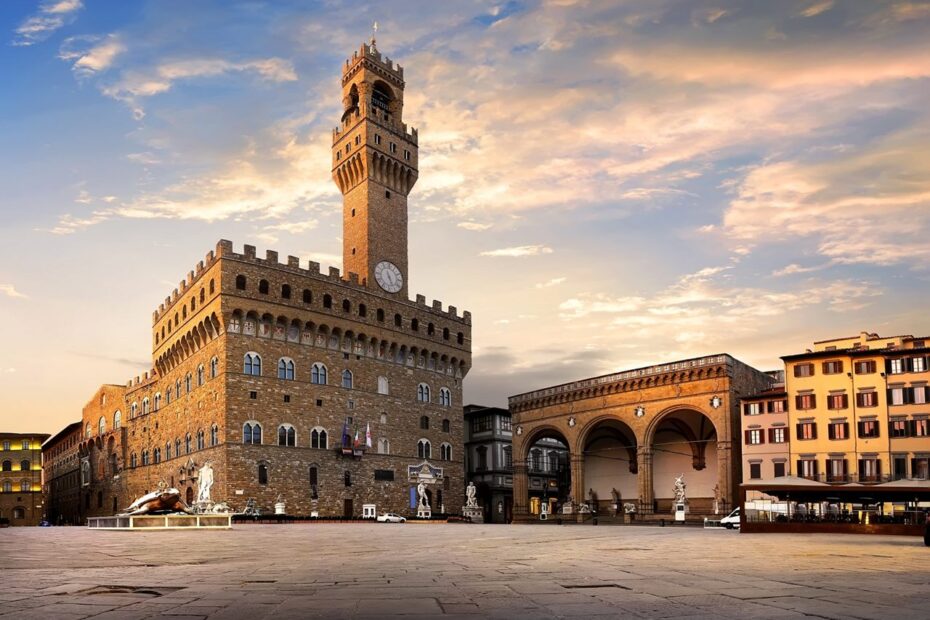 Florence, a city of art and culture and the cradle of the Renaissance, is one of the most popular travel destinations in Europe and the world. Studying in Florence means walking the streets where internationally renowned intellectuals and artists such as Leonardo da Vinci, Michelangelo, Botticelli, Dante, and Machiavelli have walked. Florence is certainly a multicultural and international city, vibrant and open to contemporary culture. However, it still jealously preserves its traditions and an identity rooted in centuries of history that have made it unique in the world.

1 – IT IS NOT TOO BIG BUT EVERYTHING IS THERE

Florence is undoubtedly a world-famous city. Despite this, its size is not that of a large metropolis. Its historic center can be simply walked around, and it is possible to get anywhere in the city quickly by using a bicycle or public transportation. It is a city on a human scale where nature, with Tuscan woods and hills, is easily accessible, just minutes away. Despite its small size, in Florence, you can find everything from art to nightlife, from typical taverns to starred restaurants, from high-fashion stores to typical Florentine crafts. And all this is just a stone’s throw from your own home.

2 – STROLLING IN THE HISTORIC CENTER

Florence’s architectural and artistic heritage is extremely vast and world-famous and is mainly concentrated in the 5 square kilometers of the historic center. The best way to discover Florence, perhaps, is just to wander its streets aimlessly, getting lost in the Renaissance alleys, stopping to admire an evocative glimpse, and letting your curiosity and the spirit of discovery carry you.

Florence and culture have been an inseparable pair for many centuries now. Thanks to the Uffizi Gallery, the Galleria dell’Accademia, Il Bargello, and the Museo dell’Opera del Duomo, the cultural offerings of the city’s museums are undoubtedly one of the most important in the world. But Florence has not stood still for the Renaissance: the city is also rich in many cultural events: contemporary art exhibitions, international film festivals, and concerts. For classical music, we cannot fail to mention the Maggio Musicale Fiorentino, an event that brings the world’s best musicians and conductors to Florence every year.

After a stroll through the Renaissance alleys or a visit to one of the more than 70 museums the city has to offer, there is nothing better than sitting down at a table in an osteria or restaurant to enjoy one of the typical specialties of Florentine cuisine. Florence is famous throughout Italy for its wide range of slow-food-style dishes. The undisputed queen of Tuscan cuisine is certainly the renowned Florentine steak, but it is also possible to taste excellent vegetarian dishes, such as ribollita (a soup base of regional cabbage and vegetables) or pappa al pomodoro. To accompany the meal, you certainly cannot miss a good glass of red wine, perhaps a Chianti, which is produced right in the hills south of Florence.

Florence is not a metropolis, but that does not mean that its nightlife offers fewer opportunities for entertainment. The historic center and the Oltrarno district (which Lonely Planet has voted the coolest neighborhood in the world) are teeming with cafes and clubs to have a cocktail, dance, or listen to live music. With the arrival of spring, many squares come alive and become a meeting and entertainment centers, with shows and concerts to entertain tourists, students, and city dwellers together. Getting bored in Florence is almost impossible.

Florence’s medieval and Renaissance soul is also found in its traditions, which live on in many events that can be witnessed at various times of the year. The most famous event is Calcio Storico, an ancient sport practiced in Florence of medieval origin in which the city’s four historic districts compete with their respective teams in July. At Easter, in front of the Duomo, you can watch the Scoppio del Carro event, and on September 7, there is the traditional Festa della Rificola event, with colorful lantern parades throughout the city.

Handicrafts in Florence are not just folklore and tradition but have a long history behind them that continues to this day. Walking through the historic center or the Oltrarno district, it is not difficult to come across ancient craft stores that continue to pass on centuries-old traditions. Florence is famous for master goldsmiths, leather goods, handcrafted shoes, decoration with marbled paper, Florentine mosaic, and many other activities that have remained virtually unchanged over the centuries to this day.

8 – THERE IS MORE TO FLORENCE THAN JUST FLORENCE

Staying in Florence is a unique and fascinating experience, a plunge into the Middle Ages and the Renaissance and at the same time a trip to one of the most open and international cities in Italy and Europe. But there is more to Florence than just Florence: within an hour’s drive or train ride, you can visit cities and places of great historical and artistic interest: Pisa, Siena, Lucca, the Chianti hills, the Val d’Orcia, Fiesole, San Gimignano, the beaches of Viareggio. Florence is also in a prime location for visiting other Italian cities: Milan and Rome are both about an hour and a half away by train, Bologna can be reached in 35 minutes, the beautiful medieval towns of Umbria (such as Assisi, Orvieto or Gubbio) in about two hours.

9 – A JOURNEY THROUGH TIME IN THE RENAISSANCE

Florence was the capital of an artistic and cultural movement that influenced the whole of ancient Europe: the Renaissance. Internationally renowned artists were born and worked here – Michelangelo, Leonardo da Vinci, Botticelli, Donatello, Brunelleschi – to name just a few, but the list could be much longer. These artists shaped the city with their works, genius, and talent, making it a true open-air museum. Walking through the streets where these artists lived and admiring their works scattered throughout the city is an experience that will not fail to fascinate you.

10 – LEARNING ITALIAN IN THE CRADLE OF THE ITALIAN LANGUAGE

The “father” of the Italian language, Dante Alighieri, wrote his Commedia in the Florentine vernacular, thus establishing the equality of the popular language to Latin. This same language was later used by Petrarch in his Canzoniere and by Boccaccio in the Decameron. Thanks to these masterpieces and the economic and political influence of the Florentine Medici family, the language of Florence became established throughout Italy, giving rise to modern Italian. Indeed, it is in the Divine Comedy, and thus in the Florentine vernacular, that we find the foundations of our country’s language. What could be better than studying Italian in Centro Machiavelli?